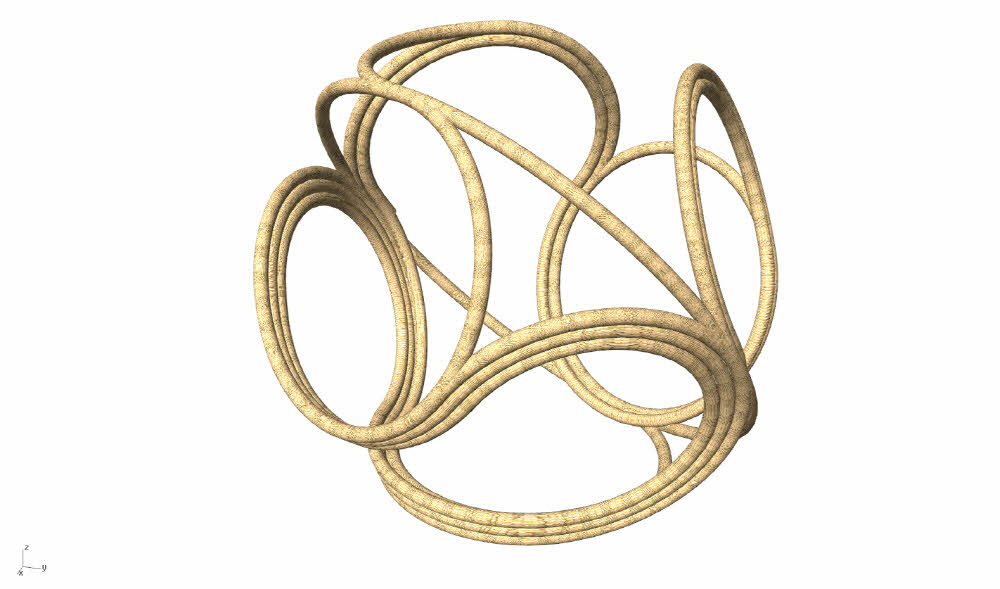 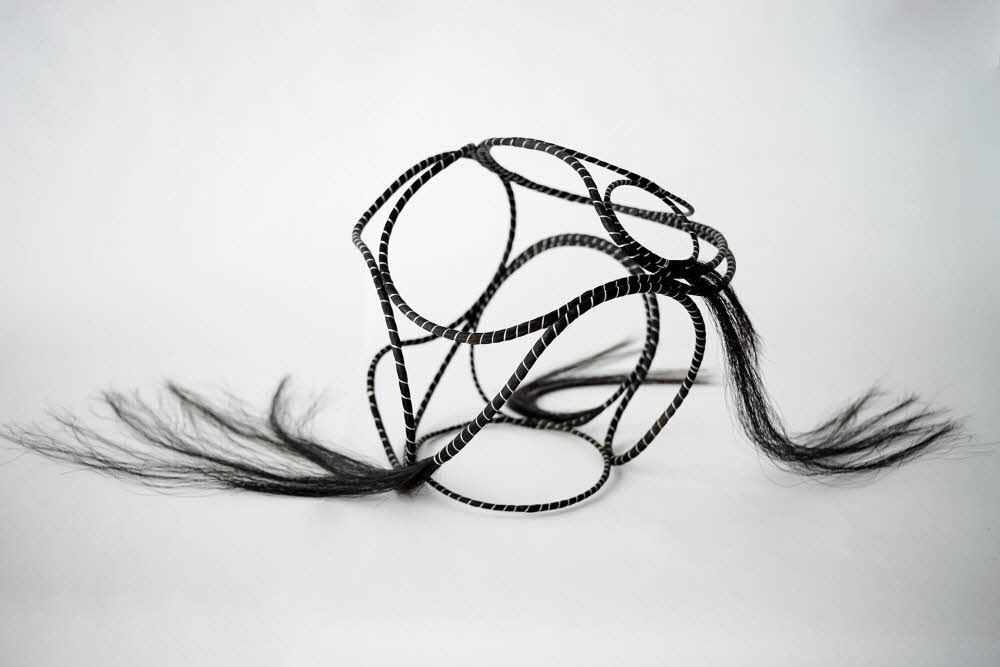 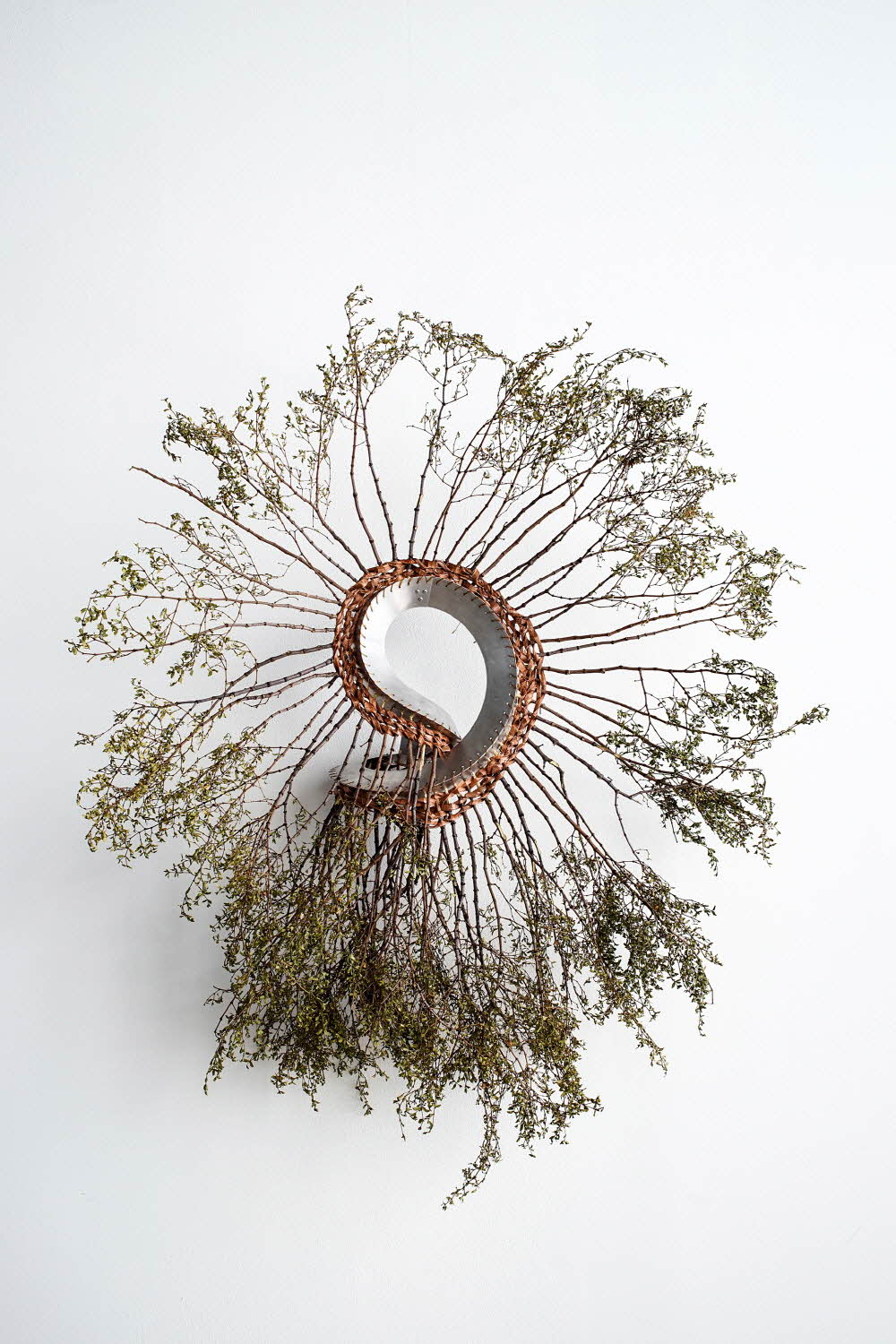 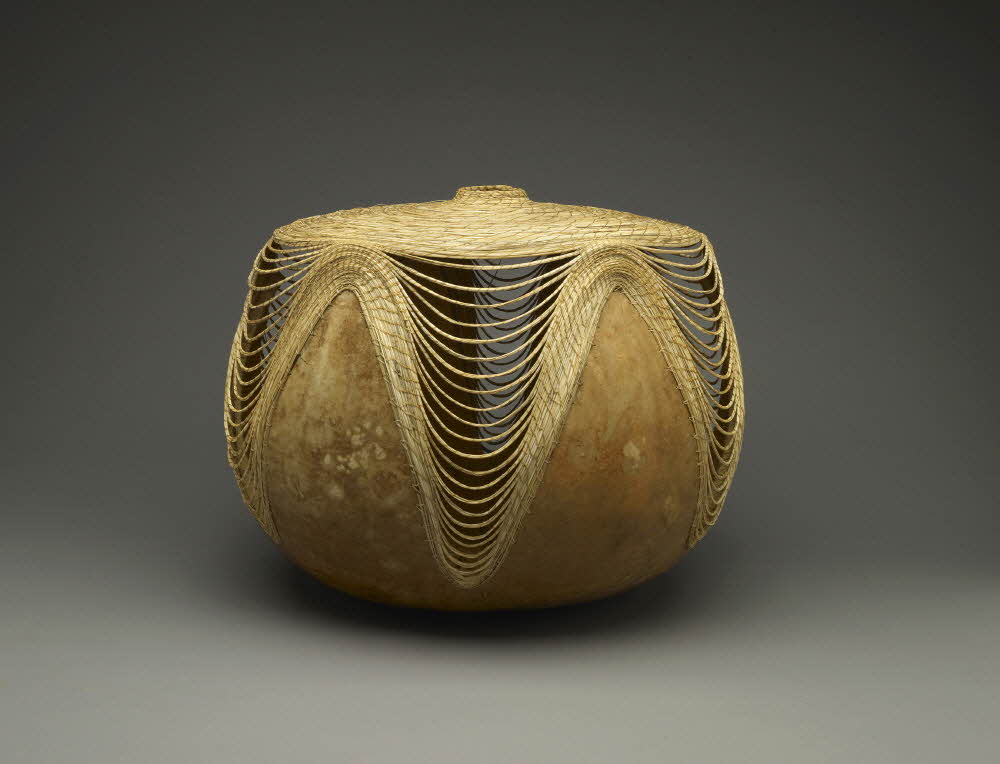 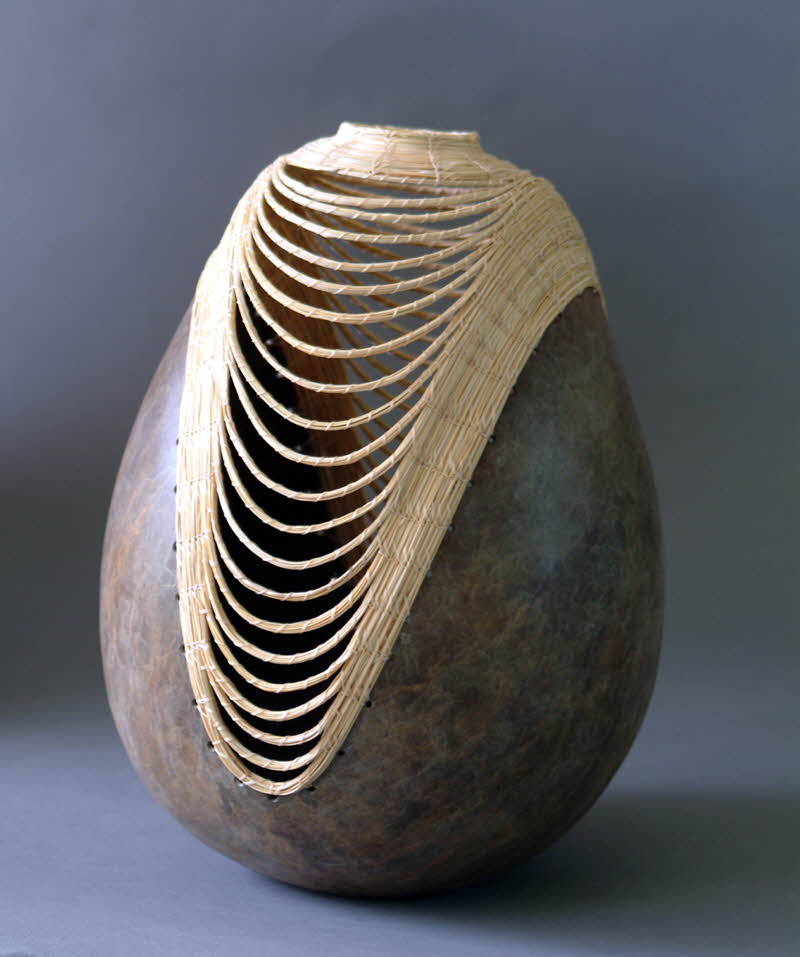 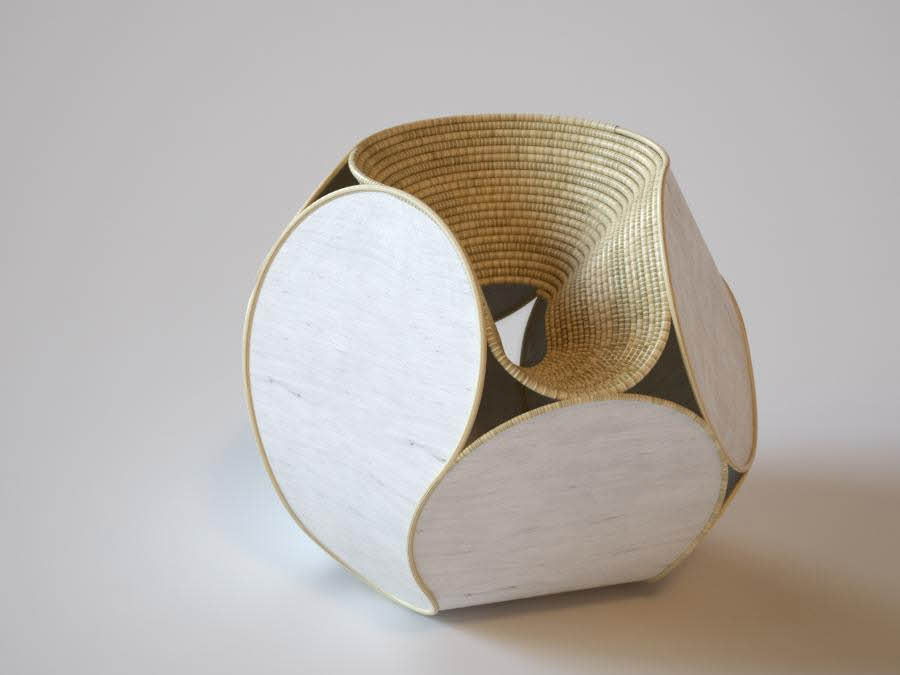 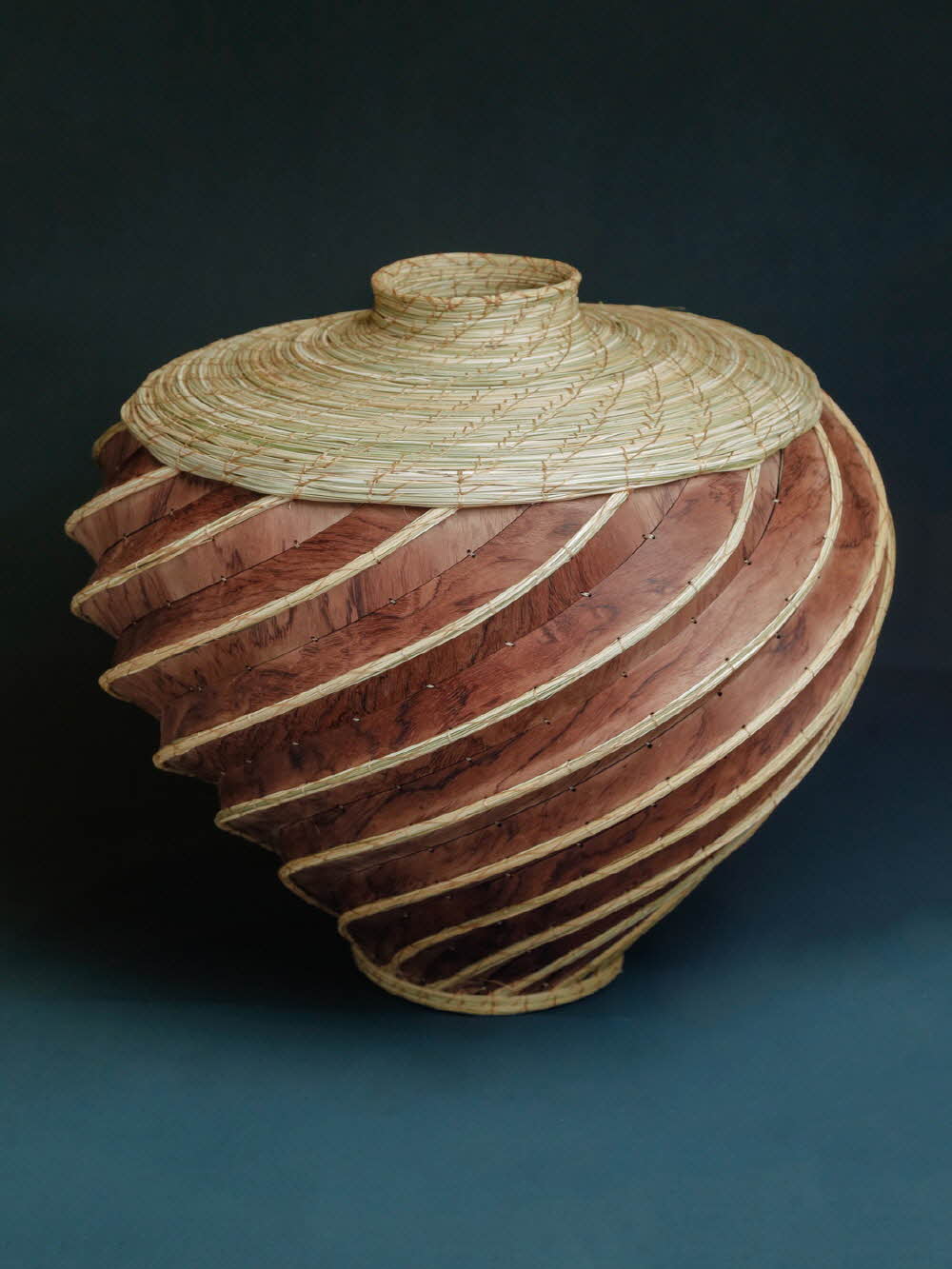 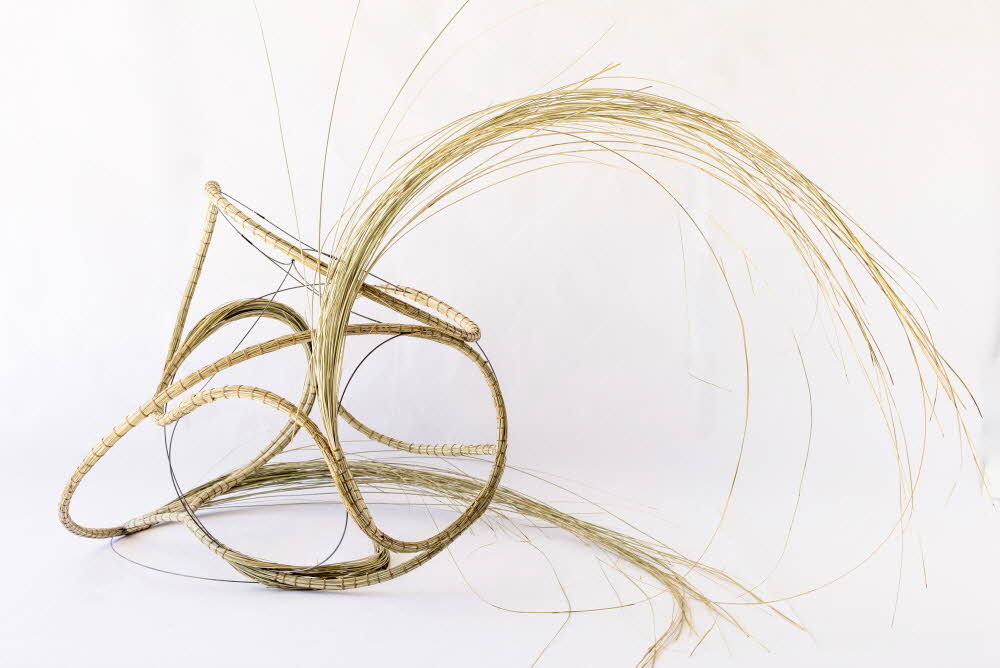 Terrell Dew Johnson
Terrell Dew Johnson began learning to weave baskets in school when he was just ten years old. He is now recognized as one of the top Native American basket weavers in the U.S. He has won top honors at such shows as Santa Fe Indian Market, O’odham Tash, the Heard Museum Fair and the Southwest Indian Art Fair. His work is in the permanent collections of museums such as the Smithsonian Institution’s National Museum of the American Indian, MoMA, and the Heard Museum. Today, Terrell combines basketry with other media such as bronze castings and gourds.
In discussing his art, Terrell says: “My work reflects who I am as a person… my culture… my family… the desert. I have learned much from my elders about tradition, patience and technique. I combine this respect for tradition with my own visions of the world I see around me. Many times, I dream a design, and it haunts me until I actually weave it. Heritage and vision combine in my work, reflecting the world in which I live.”
Terrol’s collaborations range from museum exhibitions to documentaries and book publications, and he is also actively involved in community leadership. In 1996, Terrell co-founded Tohono O’odham Community Action (TOCA), a grassroots community organization dedicated to creating positive programs based in the O’odham Himdag – the Desert People’s Way. In October 1999, Terrell was named one of “America’s top ten young community leaders” by the Do Something Foundation. In 2002, Terrell and TOCA Co-Director Tristan Reader were recognized as one of the nation’s top leadership teams when they received the Ford Foundation’s Leadership for a Changing World Award.
In 2009-10, Terrell walked from Maine to Arizona as a part of The Walk Home: A Journey to Native Wellness, bringing awareness to the crisis of Diabetes in Native communities and highlighting the ways in which communities have the capacity to create wellness by drawing upon their rich cultural traditions.